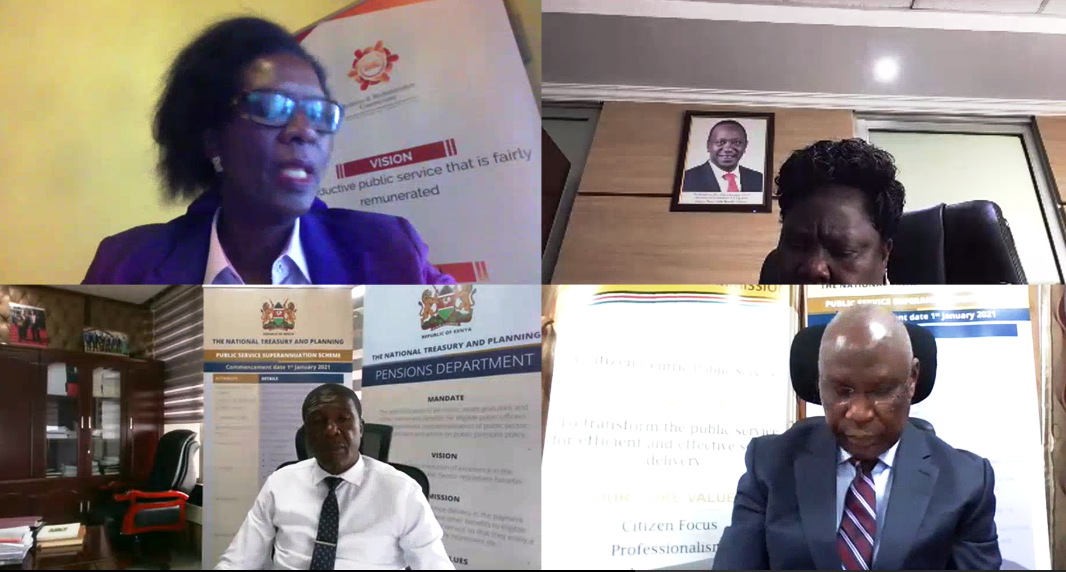 The civil service has been running an unfunded pension scheme, which has been increasing over the years. In 2013/14, SRC conducted an actuarial valuation of public sector pension liabilities, which disclosed a public pension liability of Ksh 990 billion as at 30 June 2014.

As more employees retire from civil service, pension liability is expected to rise to unsustainable levels in the future, largely due to the existence of non-contributory pension schemes in the public service, salary reviews and increased recruitment. Pension cost at the current level crowds out spending on other key areas, such as health and education.

SRC, in collaboration with other actors, convened a National Wage Bill Conference from 26 to 28 November 2019, whose theme was, “Transforming Kenya’s Economy through a Fiscally Sustainable Public Wage Bill.” The Conference discussed, among other things, the management of the public sector pension liability for a fiscally sustainable public sector wage bill, and part of the resolutions on pensions was the gazettement of the commencement date for the PSSS Act of 2012.

SRC Chairperson, Lyn Mengich, while giving her remarks during the virtual press briefing, noted that the Commission supported implementation of defined contributory pension schemes to ensure fiscal sustainability of the public sector pension wage bill. “Implementation of the Public Service Superannuation Scheme will mark a major milestone in the management of the pension liability,” she observed.

The Chair of Council of Governors Hon. Wycliffe Oparanya, urged the National Treasury to roll out a sensitization programme for the affected employees, so that they are cognizant of all aspects of the scheme. On his part, the Principal Secretary for National Treasury, Dr Julius Muia, observed that the scheme will introduce the distribution of pension burden among a working generation. He assured public servants that the activities lined for implementation will be effected without delay.

Judgement on House Allowance for Members of Parliament and Senate

Invitation for Submission of Memoranda for Draft Remuneration Guidelines for the Public Sector, 2020